WELCOME TO THE 3RD DIMENSION

So, you find yourself scrolling through Burton.com looking for that magical snowboard and come across board names with the term “3D”.

What the heck is a 3D snowboard? Well, we are glad you asked. In this article, we will discuss the history of this term 3D, how the technology affects your riding experience, and what snowboards we offer 3D shapes technology.

Normally, when looking at a snowboard’s base, it will be flat and smooth between the edges (2-dimensional). The term 3D comes from the 3-dimensional shape seen on the base of a snowboard with 3D technology.

Most snowboards back in the late 70’s and early 80’s had some kind of bottom contour with a V shape in the middle of the base. This was the first rendition of 3D technology. That V shape allowed riders to easily turn their boards in powder conditions. You have to remember, back in the early 80’s ski resorts didn’t allow snowboarding. So, must snowboarding was happening on side hills and steep golf courses. Boards in the 80’s were designed with this terrain in mind.

We hope you know who Craig Kelly was and how he changed snowboarding. If you don’t, a little research goes a long way. Craig was notorious for working with Burton engineers to come up with crazy 3D bases for his boards. Craig was a good surfer and loved riding powder. From his love of surfing, he took a lot of inspiration from surfboards and designing snowboards for riding powder. Craig and the engineers found that 3D bases were one of the best ways to magnify powder riding.

When you think about it, riding a snowboard in powder has a lot to do with hydrodynamics (big word for how one thing moves on top of another). It’s very similar to the way a surfboard or a boat goes cuts through the water. The 3D shapes Craig designed had a V shape cut in the base of the nose, just like a boat or surfboard. Craig was always ahead of his time, and his work on 3D technology brought snowboard technology into the future.

The latest and greatest 3D board shapes. 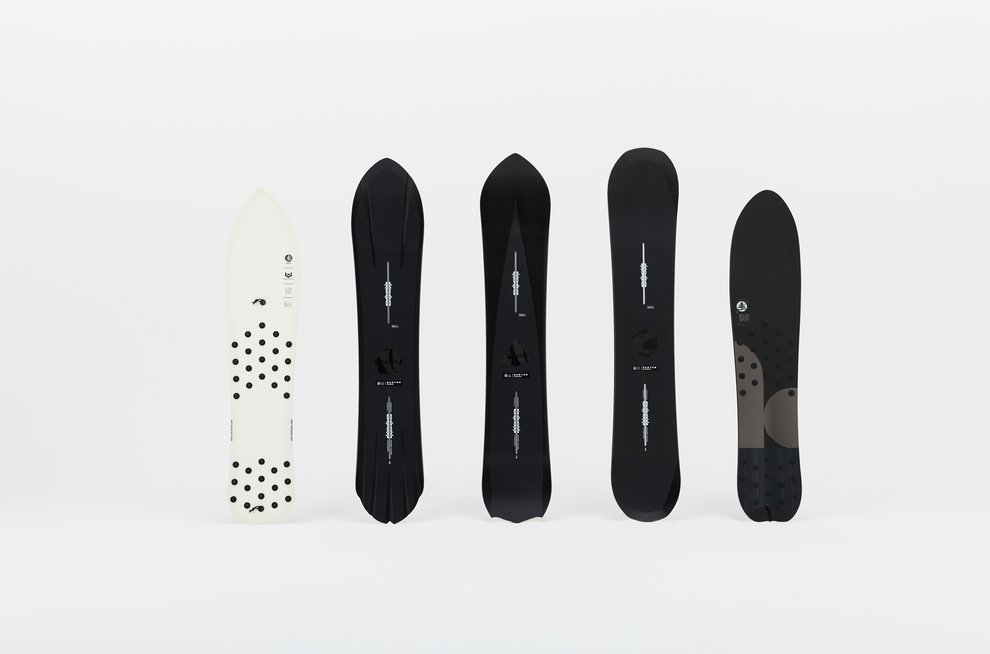 Today, but really starting about 10 years ago, snowboard shapes started to get more noticeable. In the late ’90s and early 2000s, most of the snowboards were looking the same. It’s no surprise that snowboarders don’t like to be bored and having the same old rounded nose and tail became stale.

In Attempts to spice things up, riders started to look for more directional snowboards with pointed noses, and different tail designs. There are a lot of things you can do to the shape of a snowboard, but you are kind of limited if you're thinking about shape only in 2 dimensional. If you lean into that 3rd dimension and start playing with the base of the board, you open up a world of possibilities that are can change the feelings of riding entirely.

Let’s talk about what this technology really does...

When a board has 3D elements, it helps loosen up board feel and makes transitioning from edge-to-edge easier. The 3D shape provides additional contact points from the base to the snow. When a rider is moving their weight from their heels to their toes, the 3D technology allows their weight to roll over, instead of bounce from side to side.

When turning on a flat (non-3D) board, the base is moving laterally from edge-to-edge. The board connects with the snow in these three places: heel edge, base, toe edge. That completely changes with a 3D base, these bases connect like this: heel edge, base, contour point, contour point, base, toe edge. These additional contact points naturally create a smoother ride. Instead of bouncing from edge-to-edge, a rider is flowing from side-to-side on a 3D board.

Riding powder on a snowboard is something almost everyone loves to do. 3D technology can dramatically affect the way you turn and float in fresh snow. Unlocking that third dimension in the nose of your board can make your life a lot easier when you're in the deep stuff or even just a few inches of fresh snow.

Think about the hull of a boat, the V shape naturally cuts through the water, all-while pushing the center of the ship out of the water. That’s exactly what a 3D base will do in fresh snow. The technology works to push the snow out and keep the rider up. The results of this are a much lighter and smoother ride in powder. On a flat based board, you will naturally sink into the snow. Where a 3D board will work to keep you on top of the new snow. Because the 3D technology works to keep the rider on top of the snow, just a couple inches will feel a lot deeper than it really is.

It's safe to say 3D boards will change the way you ride, pick your favorite.

Make the most of your next powder day and check out all of our 3D boards.
SHARE